I’ve been asked if low-temperature methods are practical and affordable for home cooks. They are indeed both. 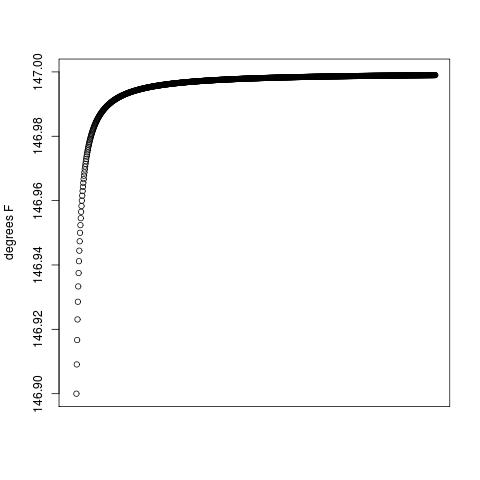 Where I’m coming from

I learned of low-temperature (“low-temp”) cooking from Top Chef, probably during Hung Huynh’s season, e.g. see here. After watching its use increase in subsequent Top Chef seasons, I finally caved last year and bought an immersion circulator. Low-temp cooking is now a large part of my everyday cooking.

Most of what I learned about low-temp cooking I learned from Dave Arnold. The rest I learned — and I have much more to learn — by trial and error. If you already know you want to do the low-temp thing, head over to Dave’s primer now. But if you’re curious, especially if you’re on the fence, you may find this post useful.

What is low-temp cooking?

What is sous vide?

Does the distinction between low-temp and sous vide cooking matter for the average home cook?  Probably not. It’s worth noting Dave Arnold’s claim that “[a]bout 90% of what cooks want to achieve with low temperature cooking can be achieved without a vacuum.”  I do wonder what the other 10 percent is.

What are the benefits of low-temp cooking?

Low-temp cooking improves quality. Specifically, cooking at low temperatures ensures tenderness from edge to edge. Compare again low-temp cooking against roasting. Obtaining tender interiors with roasting requires good timing in removing meat from the oven. A minute or two is often the difference. For home cooks this matters. Unlike culinary students and professional cooks, we don’t get to practice cooking meat hundreds of times a month. Our senses are not as finely tuned. Therefore, home cooks should especially benefit from the relatively large windows for removing meats cooked low-temp. These windows are often measured in terms of hours.

Low-temp cooking also ensures consistency. This follows in part from the larger margins for error noted above. It also follows from the “outsourcing” underlying low-temp cooking. Unlike a conventional poach in which the cook regulates water temperature, cooking temperature is regulated by an electronic device. So in some ways this is a high-tech “set it and forget it” way of cooking.

Finally, low-temp cooking increases productivity. It takes a while to learn the basics. But once I learned the basics, I found myself cooking more. Low-temp cooking freed my mind to think and my hands to work on other things. It’s as if I have more time and another kitchen helper.

There are other benefits, but these three speak most to me as a home cook.

How much money and space do I need?

The price and space requirements are reasonable, especially compared to other kitchen gadgets.

Low-temp cooking requires only two pieces of hardware: a container to hold the water and a device to control the water temperature. The cheapest setup is a manual-control slow cooker and a PID controller. The slow cooker provides the heat and holds the water. The PID controller manages the temperature. (Because of the way the controller works, it’s essential the slow cooker is controlled by manual switch, dial, etc.) A new slow cooker can be purchased for $25 or less. A basic controller costs about $150. This is a scant few decent restaurant meals. You may also purchase an aquarium pump for around $20 as a slight upgrade — more details here — but I don’t have any experience with this. Even with the pump you’d spend less than $200.

What do I cook first?

I suggest you start with a chicken cutlet, for familiarity — we’ve all cooked these, to varying degrees of doneness — and usefulness. The idea is to cook the chicken all the way through in the bath and then use it as a component in an almost-finished dish. Note that the active cooking time is minimal.

Once you have your cooked cutlet, try it a few ways:

The first and second uses highlight the tender textures low-temp cooking can achieve. The third shows how traditional exteriors can be achieved without compromising internal textures.